How does dog see?

At the beginning, we want to refute the very popular myth that dogs do not distinguish colours, seeing the world only in black and white. Nothing could be more wrong. 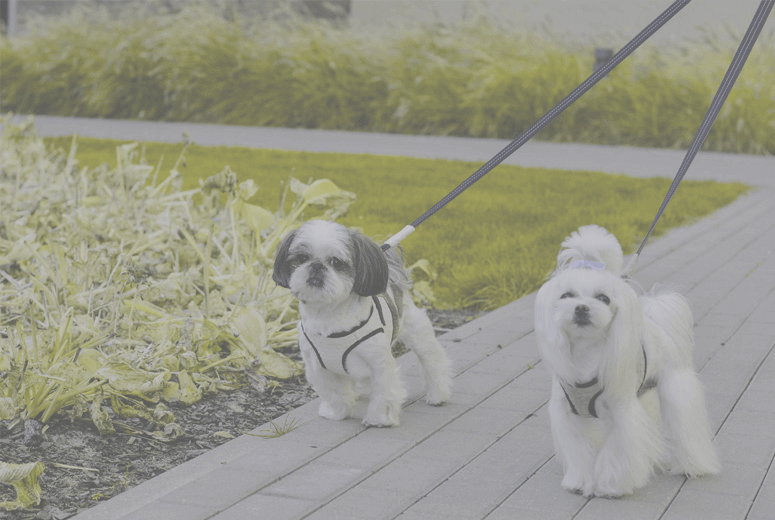 How a dog sees the world around him?

How a dog sees the world cannot be described with complete precision. Conclusions about the eyesight of dogs are based on our understanding surrounding the construction of their retinas. Ultimately, however, we are not able to assess how their brains receive the colours, lights and shapes that they see.

The sharpness of the dog’s image

Thanks to their structure, human beings’ eye lenses can see objects both at close range and from far away. Dogs eyes are much less refined in this area. It is estimated that the picture dogs see is a few times less sharp than that of human beings.

That being said, the sight of all dogs is not the same. The structure of the retina may differ for some breeds. For example, German Shepherds and Rottweilers are among the list of short-sighted dogs. Objects in the near distance are perceived by these dogs as sharp, while everything in the background is fuzzy. Quite the opposite is true with Greyhounds. This bread is classified as far-sighted. Thus, they see objects far away quite well, but have troubling seeing things that are close to them. This is due to the fact that their sense of adaptation to effective hunting has changed over the years in the genotypical basis.

Dog’s perception of the world in the dark

Dogs’ eyes are much better at twilight than human’s. It is estimated that in the dark, dogs can see up to seven times more details -which is due to differences in eye structure. Dogs have a larger number of photoreceptors responsible for the perception of shapes in the dark than humans do. In addition, their eyes are able to capture movement even in moments of very poor lighting.

The construction of the dog eye includes a light-reflecting layer called the tapetum lucidum. The function of this structure is to re-capture light rays and redirect them to the retina. Tapestry makes the eyes of dogs in photographs taken using the flash feature take on a yellow or green reflection. In comparison, the human eye is deprived of this membrane, which causes our eyes to take on a red colour in images taken using flash.

A dog’s field of view

It is obvious that a dog’s visual perspective is very different from that of a human. It is impossible to hide the fact that the construction of our bodies, allow us to perceive much more of the surrounding world than our four-legged friends. In taking care of our dogs therefore, we must ensure their safety. Humans are able to see the dangers of an aggressive dog or oncoming car that their pet might not be able to see. As humans, our visual perspective allows us to mitigate potential threats for our beloved canine companions.

The field of view available to dogs and humans also differs. In this case, dogs have the upper hand. Humans are able to see up to 180°around them. Dogs on the other hand, can see much more. It is estimated that dogs can see anywhere between 240°and 270°around them. This data concerns the binocular vision area. In reality, dogs are able to see us even when we ourselves cannot see them in our field of view.

Dogs have very high sensitivity to all kinds of movement. This results from their genetic instincts, designed to help them hunt and track other animals. When hunting, dogs are able to see the movements of their potential victims even in twilight. Their eyes can catch a moving object even if it is one kilometre away. Interestingly, if the same object was close to the dog, but remained completely still, it is possible that it would be unnoticed by him. Dogs can react very rapidly to sudden, unexpected movement. This is why you should try not to overreact in their company -it’s very easy to stress them out.

The way in which dogs are able to react quickly to the movements they see, explains many of their behaviours, the causes of which we still do not fully understand. An example of this is the way dogs react to a fast-moving bicycle. Many dogs especially those who do not have contact with this mode of transport on a daily basis, begin to bark or even follow it. Fast-moving objects activate dog’s instincts for chasing and hunting.

The perception of movement by dogs is interesting for another reason. They can recognize a known person from a distance by analysing the way they move. Dogs remember their loved ones’ walking styles so that they are able to see their owners even from a really long distance. Unfortunately, the way we move as humans is not a fully individual feature. It happens that dogs will sometimes confuse their owner with someone who walks in a very similar way.

The sensitivity of dogs to movement is also a very good way to have fun together. Many dog toys are designed specifically for their huge interest in moving objects. Frisbee and balls, for which dogs love to run, are a perfect example of this. Bullets offered by Bowl&Bone Republic are another type of motion-based toy that dogs will love. They are perfect for pulling, dragging and retrieving, and stimulate dogs’ interest with their constant motion.

The perception of world in flashing light

The difference in the structure of a dog’s eye compared to a human creates a different way of perceiving motion, colours and the focus of objects, but not only. Dogs also receive light differently than us. Light for dogs is not monotonous like for us, but rather, flashing. The human eye receives the image on a screen continuously if it is refreshed 55-60 times per second. Beyond this, we are not able to catch breaks in the picture. The eyes of dogs, on the other hand, receive images as a liquid whole only when refreshment occurs at least 75 times per second. What is perceived by us as a uniform film, for dogs is a cluster of interconnected scenes broken by a black screen. 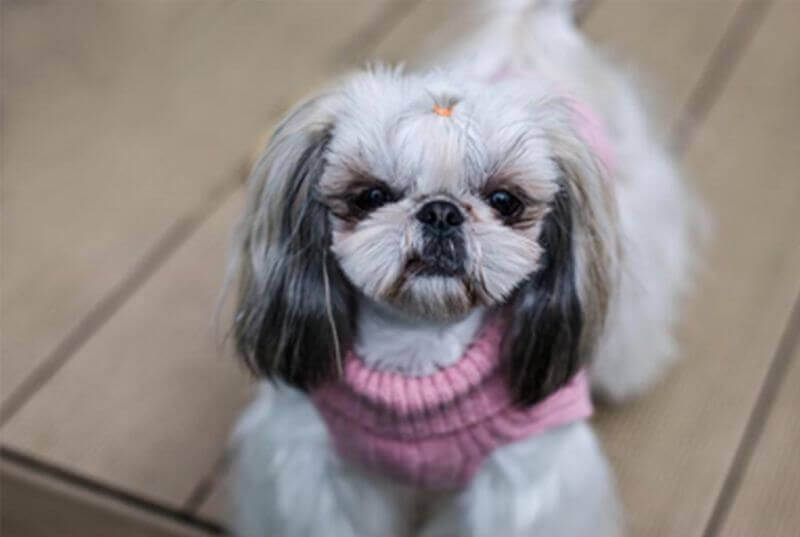 What kind of world do dogs see?

Dogs see the spaces, objects and people surrounding them in a different way than humans. This is due to the construction of the retina inside their eyes. That being said, the world our dogs see greatly depends on us. As their guardians, we are responsible for our four-legged friends. Whether or not they are members of happy, loving families lies in our hands. Let’s make sure that our dogs see a world full of love and goodness. 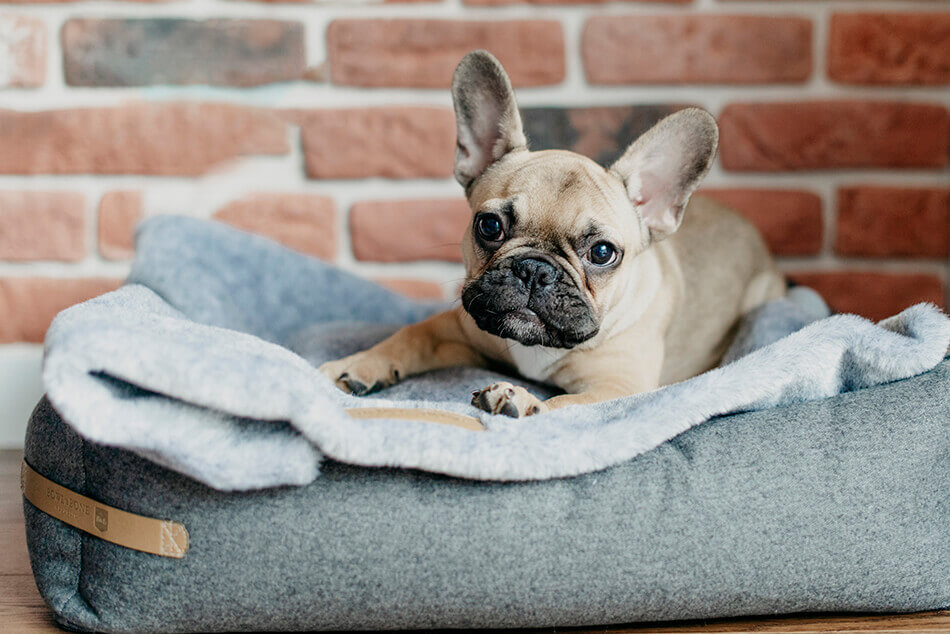 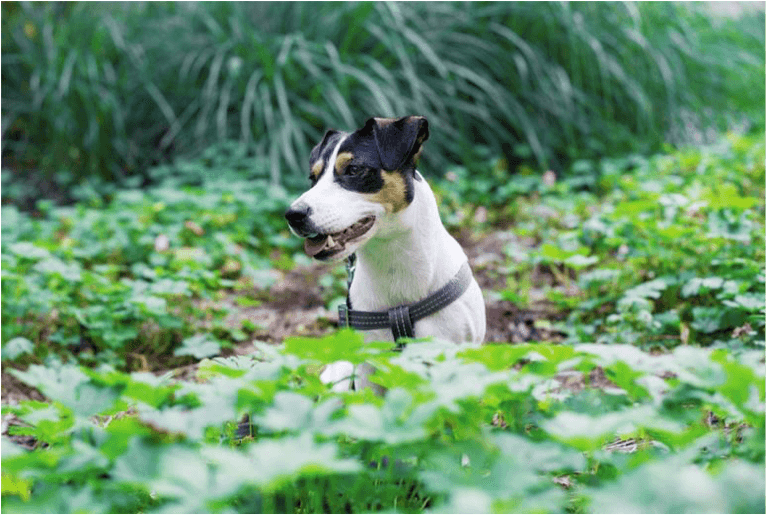