Do you know what emotions the dog transmits through the movement of his tail? This is the basis of communication of every dog. With the help of his tail, the dog shows us the feelings that accompany him at the moment, as well as his attitude to another person or another four-legged. Tail of the dog can express both the fear, joy and indifference of our four-legged friends. Since so many emotions dog shows with tail, it is worth learning to read what it has to say, don’t you think?

What the dog’s tail says

How does your dog express his feelings? Largely using his tail. Although it may seem that each of us knows this, unfortunately we cannot always read well the intentions of the dog. Very often the repeated belief is to say that the dog waving his tail only when he feels joy and happiness. Is this really the case? Not quite. So what does the dog’s tail tell us?

For whom dog waves the tail

Dog waves his tail for us, other people or animals that are in his close company. So, generally speaking, your dog is not waving his tail for himself. This is very important information, because thanks to it we learn more about the action of the dog’s psyche:

– your dog is waving his tail to communicate his mood to someone at the moment,

– waving your dog’s tail is not the unconditional reflex that is triggered in a given emotional situation,

– if your dog is alone in the room, even though he will feel joy, for example, he will not wave his tail, because he knows that there is no one nearby with whom he could share this information.

What to pay attention for watching the dog’s tail

If you want to read the intentions and mood of your dog by observing its tail, you need to pay attention to several important issues:

– position in which the tail is,

– the situation you are in.

Each of these guidelines is very important and has a direct impact on the correct reading of the dog’s intentions. Therefore, I personally think that it is not a simple matter of skillfully reading the emotions of your dog without having knowledge about it.

Every dog guardian should familiarize themselves with these rules so that they can fully consciously answer the question of what the dog’s tail says.

1. The movement of the tail, i.e. direction in which the dog waves the tail

We can distinguish two directions of tail waving by a dog. More colloquially speaking, your pet may wave a tail in one direction more than the other. This is conditioned by what emotions are expressed at the moment by the four-legged.

Our four-legged use this method of communication largely with other dogs. It is worth to mention that dogs can read each other’s intentions even only by observing the direction of tail waving.

2. What does the position mean in which the dog’s tail is located?

We can distinguish between three basic positions in which a dog’s tail can be located: lifted upwards, lowered down, or neutral. Each of these situations will indicate different intentions of your four-legged.

The tail is one of the main relays of your dog’s emotions. So what does a tail lifted upwards mean?  First of all, the fact that your dog feels confident in his own and is not afraid to face other four-legged. This position of the tail indicates his excitement about the situation.

Very often we perceive waving with a raised tail as a sign of the dog’s joy and happiness. Of course, in many cases this will coincide with the truth. However, you need to be aware that your dog can react in this way even in situations where his intentions are not friendly at all.

As I mentioned earlier, the dog in this way exudes his self-confidence. He wants to communicate to the four-legged he met on his way that he is in full readiness for confrontation, if necessary.

So how can you distinguish the both from each other, you can safely tell, the extreme situations? If your dog is combat-oriented, its tail will be stiff and the movements it performs are less intense.

The enjoying dog is above all more laid back and free in its movements. This also applies to the way its tail moves.

You already know that the position of your dog’s tail indicates the level of his confidence. When the dog’s tail is in a very low position, it means that the dog feels fear and anxiety. You may then notice that the dog has a curled tail under his body.

However, if the tail is in a fairly low position, and in addition, the dog moves slightly and timidly, it means that the pet is not sure about the intention of the other person.

Lack of trust makes the dog fully vigilant and tries to assess what kind of person or four-legged has intentions towards him.

When can we say that the tail of the dog is in a neutral position? When it is about at the height of the back of the four-legged.

Such a position of the dog’s tail, if accompanied by waving, means, among other things, curiosity, joy, positive attitude. It is easy to see that your dog’s body is then visibly relaxed. The dog enjoys all over himself.

However, if the tail is stiff and his whole body is tense, it may be the result of increased alertness in the dog. He is concerned about the signals that reach him, and at the same time is not yet able to correctly assess their intentions.

A dog’s taut tail in a neutral position can very often be seen during tracking or hunting.

Pay attention to this during the play together. You will surely notice that when the dog finds what he was looking for, he begins to cheerfully wave the tail.

My pet loves playing with hiding favorite toys at home. My task is to hide the toy in his absence from the room, and his subsequent tracking it down.

It is best to use his favorite doggy toy, because he knows its smell very well. Therefore, during our games, we usually choose a soft toy for the dog TOFFI with the shape of reindeer form Bowl&Bone Republic.

3. Body posture and mimics in combination with dog’s tail behaviour

Your dog expresses and communicates his emotions with all himself. Therefore, it is so important to remember that we cannot judge the intentions of the dog only by observing the tail.

The posture of the dog’s body and his mimic is a very important addition to the position in which the tail is located. Based only on one of these ways of expressing emotions by the dog, we can misread them.

The dog’s posture is of great importance. If you see that your dog is standing stiffly on his paws and is visibly tense then do not be fooled by the fact that at the same time waves lifted tail. This is an indisputable sign that something is wrong, and if necessary, the dog is ready to take on a confrontation.

4. Assessment of the situation in which the dog found himself

Remember that before you focus on evaluating what the dog’s tail says, think about the situation your four-legged is in. This can have a huge impact on the rationality of his behavior.

If he participates in an event that is new to him and at the same time very moving and exciting, it is very likely that his body may react unreasonable.

In such a situation, waving the raised tail or curled under his body may not be reflected in the real feeling of the dog. The dog has too many feelings at the same time, so his body cannot keep up with sending a message to the outside world.

Communication of the dog through the tail

For your dog, the easiest way to show you his emotions is to communicate with the tail. Therefore, as a good owner, you should be able to correctly read his intentions. Moreover, it is a very useful skill in everyday life.

On our way, we very often meet different dogs. It is good to know what they have to say to us.

What do you think right now, reading the emotions of a pet through observations of his tail is easy or difficult?

Author: Klaudia, author and a great dog lover
The doggy by my side teaches me to enjoy every moment and see each new day as a chance for a new, wonderful adventure. Searching for my soul mate, I found her in dogs' wise eyes. 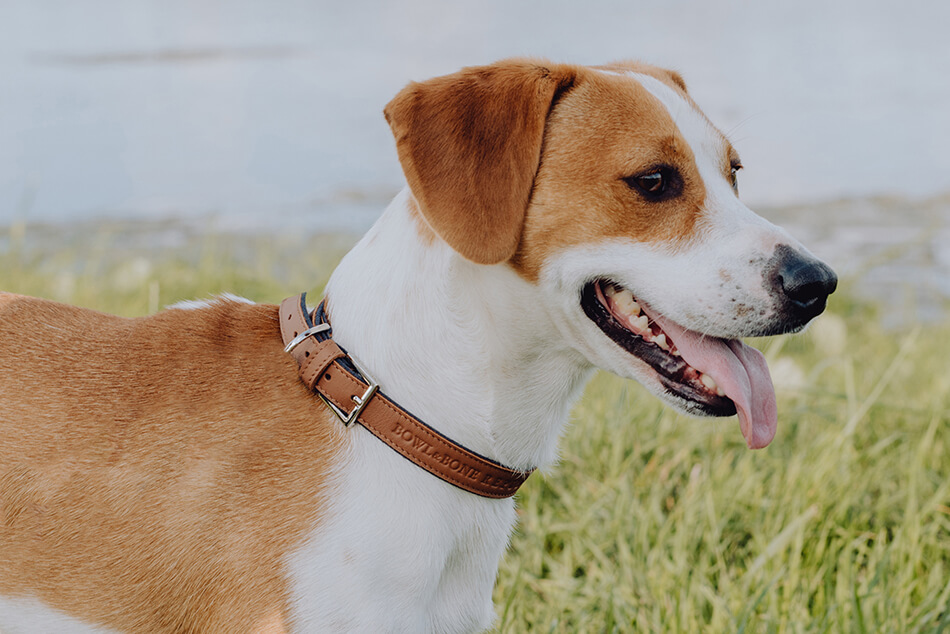 Did you know that your puppy has baby teeth (also known as primary, deciduous, or milk teeth) that, just like in humans, fall out and give w... 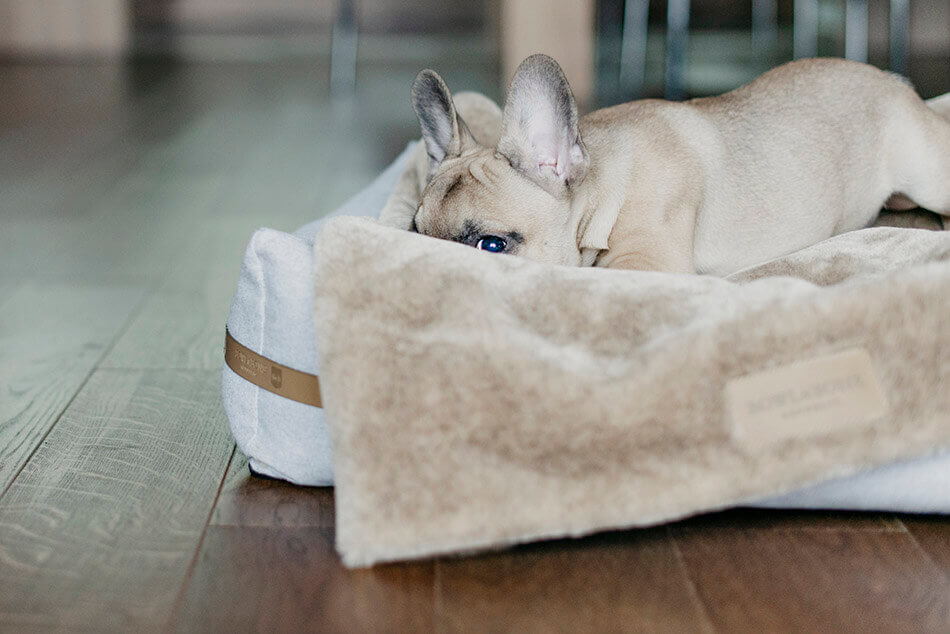 What is the fear of dogs?

Fear of dogs is a condition that can affect you or someone close to you. While you may find it difficult as a dog lover to understand how pe...